Heat Rating: Sextreme
Word Count: 20,832
5 Ratings (5.0)
BDSM Contemporary Alternative (M/M, Gay)
In Bookshelf
In Cart
In Wish List
Available formats
HTML
Mobi
PDF
ePub
Cover Art by Harris Channing
Reviews
Alrighty...so we have Chad, who is a submissive and thinks he loves his boss, Richard. Then we have Michael, Richards friend and business partner, who is a Dom, but is afraid to get attached to anyone after the tragic events in his past.
These two meet, sparks fly, things melt, the earth freakin moves and things fall to the way side , as does the clothing on their backs. Both say they only want a one night thing...uh huh ok suuuure. From that point on its a case of should I, will he, do I, does he? Etc. Etc.
I loved this story. As complicated as relationships are, these two work their way until...
Oops! Cannot say anymore. You'll have to buy the book and see for yourself.
Highly recommend this.

More From The Gentlemen's Club

Chad smoothed his hair and straightened his tie before opening the door that connected his office with Richard’s inner sanctum. The suite, decorated with cherry wood and leather, was traditional and classy, much like Richard Caldwell himself. Chad’s heart speeded up when he saw his secret crush seated behind the desk.

“Come in. Have a seat, Chad.” Richard waved at a facing chair. “Would you like some coffee? Or water?”

“No, thank you, sir.” Curious, and with just a touch of anxiety, Chad took a seat opposite his boss. From this angle, he could see the framed photo on Richard’s desk. Julian, with his shaggy black hair tousled as if he’d just gotten out of bed. The sleeves of his white shirt rolled up enough to reveal a bit of his tattoos. He looked exactly like what he was—a thug. Chad’s lip curled in distaste. Why couldn’t that be me in the photograph? So much had changed this year—for Richard, for Julian, for everyone but Chad.

“Don’t look so anxious, Chad. I’m not about to ask you to put in hours of overtime on a brief I needed yesterday.”

“I know that, and I appreciate your loyalty. I’ve come to depend on you immensely, and that’s why I’m coming to you for a special favor.”

Chad’s eyebrows shot up beyond the fringe of hair sweeping his forehead. “Of course, sir. Anything. Just ask.”

“Let me explain before you agree. This project involves a certain amount of discretion. It concerns something near and dear to my heart and I can’t entrust it to just anyone.” He paused, as if weighing his words. “You’re aware that I have an interest in a club that caters to gay gentlemen?”

“Good. I don’t hide the fact, but the club has a private membership. Guests are permitted, but I don’t believe in mixing business with pleasure. Well, circumstances have changed and so has my thinking. I would like you to visit the club as my guest this weekend.”

Chad knew about the club, of course. He’d always assumed it was a stodgy place where wealthy older men played cards or shared a brandy. Still, he’d always longed for an invite from Richard. Sure that his dream was about to come true, Chad’s heart soared. “Of course. I’d love to go with you.”

“Maybe I’m getting ahead of myself. Let me tell you a bit about the club. It has an excellent restaurant and a lounge. Many members come for a quiet dinner or a drink, but others utilize our special services.”

“I’m not sure I understand.”

“The Gentlemen’s Club is a place where members can live out their fantasies and have their desires fulfilled.”

Chad nearly fell off his chair. What the fuck? Does he know about my visits to Paddles? Is he finally going to seduce me because he discovered my fetish?

The sub looked like he’d stepped out of an Abercrombie and Fitch catalog, with his perfectly styled brown hair, and a brilliant white smile. Perfect on the outside, but he seemed a bit reserved. Michael longed to release the boy’s inner animal, but that might take time and this was a one-night only encounter. He’d have to do the best he could in the short time they had.

Standing behind the boy, Michael felt heat growing inside him. This was new. Normally, he was well into a scene before he became aroused.

Dominance and control brought Michael bliss, but combined with such strong sexual desire this scene might take him to new heights. He wanted to share the pleasure with this sub, so he chose his flogger carefully. Michael began by trailing the tails over the boy’s back and ass, caressing his skin with a light touch. The sub’s body shivered under the caress. Michael increased the intensity gradually. His light stroke became harder.

The boy’s flesh was pinking nicely. Michael varied his rhythm and placed his strokes carefully. He searched for the combination that would give this sub ecstasy. Time after time, Michael brought the boy to the peak of sensation and then backed off.

Finally, a hard stroke landed on a spot that produced a delicious groan. The boy threw his head back and cried out. “Please, please, please…”

Michael felt an answering groan echo inside his own body. He dropped the flogger and moved closer to the boy, murmuring in his ear. “I’m here. You’re okay.”

Michael traced the pink stripes on his back. The boy shivered even though sweat covered his body. He looked so beautiful Michael ached for him. “What is it, boy? What do you want?”

A groan came from deep in the boy’s chest. “I want…I need…”

This boy was everything a Dom could want in a submissive. Michael ached to possess him completely, but he had to know it was mutual. “Yes. Tell me.”

Yes! That’s what Michael needed to hear before he took this further. Now he knew he’d gained the boy’s trust and submission. Now he could take him completely. Michael tried to speak calmly. “I’m going to give you what you want, pet. What we both want.”

Michael added another finger, stretching the tight passage to get him ready. His fingers rubbed the boy’s gland.

Michael was more than ready, his own cock painfully hard. He forced himself to remove his fingers.

“I’m not going anywhere, just getting a condom.”

Michael unzipped his pants and freed his cock. He sheathed himself quickly, then he guided his cock home, and pushed inside. The boy sobbed, and Michael thought he might, too. Being encased by such tight heat felt glorious. Michael pulled out and then pushed back inside, starting a quick, hard rhythm. Still restrained, the boy pushed back as much as possible. They were both on the edge. Michael reached around to fist the boy’s cock.

It only took a few strokes and the boy came. He shot hard, and his contractions pulled an orgasm from Michael. 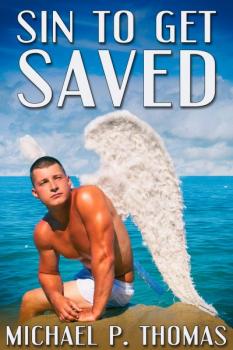