More than fifty years ago, wicked winds, carrying deadly diseases, swept across the land, and their ancestors fled to a protected valley. But now the easy-to-gather food and fuel are used up, and the people struggle to feed themselves. The goods their ancestors had brought with them are worn out, and life is hard trying to feed and provide for themselves.

Zuri, Udo, and Tau love each other, but have to meet in the forest to make love. The people decide to go to the city to look for food and fuel. It’s Zuri who finds the ancestors’ truck and asks for a gift in return—that she, Tau, and Udo could be together. Their request is granted. Then everyone plans for the trip to the city. It’ll be very dangerous, but the three of them will be together. But will they find any food? Will they even survive?

More From Embrace the Future

He limped slowly up the long hill, leaning heavily on his cane. From time to time, he stopped, breathing heavily, but he always began walking again, a little slower perhaps, the cane digging deeper into the grass as he leaned harder on it, but he persisted all the way until he finally reached the top.

When he arrived there, he rested both hands on the walking stick then lowered himself to the grass, dropping the last nine or ten inches onto his ass with a slight thump and an expletive.

Damn it, I don’t know why I come here. It always makes my knees ache, and I always have to rest. Yeah, and getting up is always a bitch. Gonna be a helluva bitch again today.

He smiled. He knew why he came. It was the only connection left to his childhood. A world long gone that almost no one else could remember. He was only fifty-eight years old. Not so old perhaps, but these days, few people lived past forty. Life was just too damn hard. He had a dim memory of attending an eightieth birthday party. For his grandmother? Or likely his great-grandmother. Who knew anymore? But what he did know? What he still saw clearly in his mind was the crowd of really old people, people in their eighties, nineties even, who’d been at that party.

Ah yes, it was more than fifty years ago though. Before everything had changed. Before…

He looked around him, taking in the panoramic view he’d expended so much pain and energy to see. Every time he came there, he was aware it might be the last time. The last time he could look into the distance and see the high buildings of what had once been a city. It was crumbled now, ruined, with wild grasses growing up in the cracked buildings. With houses and apartment blocks fallen down over what had once been freeways.

The people he lived with—or more accurately, the parents and grandparents of the people he lived with—had escaped from that big city and made their home here, next to a fresh-flowing river, in a lush valley where crops grew well. Where they were protected from the wicked winds that raced across the land, destroying houses and pushing down trees. Winds that for the first ten years had carried diseases that killed anyone exposed to them for too long. Winds that even now sent everyone scurrying indoors to shelter until they blew themselves out, even though no one had died from wind-borne diseases for many years now.

No one knew exactly what had happened. He was much too young then to understand more than the desperate scramble to leave the city and travel as far and as fast as they could. Until they came to the valley, and there they stopped and hid and sheltered and stayed, building a new home.

But he remembered the city and yearned for its conveniences. For lights that went on when he flicked a switch. For foods that stayed cold on hot days, and for the ability to heat and cook food in moments, instead of it taking hours. The young children thought his stories about his childhood were just stories since almost no one alive had lived in the city. But although he’d only been a child then, his mind was not deranged. His memories were clear. However, he’d learned not to speak of them anymore. So here he came to look, to remember, to wonder what the children growing up in the valley would have for their future. So much hard work to produce food and fuel, and so little time to appreciate anything of beauty. No time for joy or learning. What would their lives hold?

As he sat there, he came to a decision. He would insist on all the children being taught to read and write, would teach them himself maybe. Even though everyone’s days were full of the hard work needed just to stay alive, and fuel was much too scarce to be wasted lighting the village after dark, he would find a way to instill basic literacy in the newest generation. If they were ever to have time for leisure, ever to be able to provide more than the basic necessities, it would only happen through people trained to think of more than mere survival. People trained to appreciate beauty and learning. It was up to him. He would rise to this new challenge.

Their clothes had been dropped haphazardly on the grass, and Udo had two fingers in Zuri’s anus, stretching her for his cock. Tau’s hands were on Zuri’s breasts, his lips moving across her neck and jawline as he kept her aroused and wanting them.

But she always did want them. Udo was endlessly amazed at how she welcomed them both into her body whenever they had the opportunity to be alone with her, which wasn’t nearly often enough for his wishes. The meaning of her name was “beautiful,” and Udo had never seen a more beautiful woman in his life. Not that he’d seen all that many women, their village was not large, but Zuri far outshone all others, with her wild black curls and deep blue eyes, even though she was getting thinner from the never-ending work and the barely adequate food. After they’d fucked—always the most important item on his agenda!—they needed to talk about getting more food for their village. Everyone was always a bit hungry, and soon the need for a larger food source would become critical. But he couldn’t think about that now. All he could think about was getting his cock deep inside Zuri and fucking her brains out. And his, too.

Tau lifted her left leg high on his hip and thrust his cock deep into her cunt. Zuri wobbled a little with the force of his penetration, but Udo held her hips tightly until Tau was fully seated inside her then moved one hand to part her ass cheeks.

His cock rested at her entry, and she nodded, so he thrust deep inside her, pushing hard past the outer ring of muscles, into her tight heat. Oh gods, she felt good. His dick damn near burst the moment he entered her. Her tissues gripped him just right, stretching around him as he slid in and out again, yet always clasping him firmly.

He could feel Tau’s dick through the thin wall dividing her two channels, and that was almost enough to make him come as well. Knowing his best friend was feeling everything he felt made them closer, more like genuine partners than just friends. Udo wrapped his arm around Tau, pulling him and Zuri harder against his own body. Zuri’s spine pressed into his chest. Every little knob on her spine made a separate indentation in his chest, and that was as sexy as hell. Although seeing her grow round and less bony would be sexy, too. He could remember holding her hips last summer and reveling in the flesh there. Her breasts had been bigger then, too. Dammit, they had to find more food.

But not now, not when he and Tau were slamming into her in a synchronized beat with each other, both in together, their cocks filling and spreading her walls, both out together. She was making cute little moaning and panting noises, so he knew she was close. And his own dick was ready to burst, his spine already tingling in a way that warned him he couldn’t hold on much longer.

Udo lowered his arm from Tau’s waist to his ass. He pressed his body harder into Zuri’s, hauling Tau an inch closer to him, then thrust his finger deep into Tau’s ass, twisting it to find his prostate gland and ping it.

“Ahh,” groaned Tau, his strokes suddenly going ragged. Udo smiled and withdrew almost totally out of Zuri then slammed into her as hard and deep as he could. 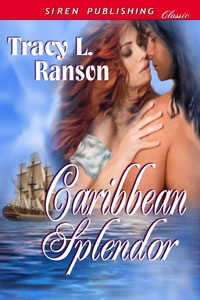