“I’ll go straight to hell for this,” Duke Stanton said, without one iota of regret. Satisfied as never before all the way to the marrow of his bones, Duke’s cock was still pressed deeply inside of Victoria Boswell’s lusciously tight pussy.

“Can I come with you?” Victoria asked, squeezing her arms around his shoulders, pulling him even closer. Her warm breath brushed across the base of his throat.

The truth was, he did want her to go with him. So they could do this again. And again. Would he ever get enough? He glanced to his left, noting his sheriff’s hat was still on the floor where he’d dropped it.

Victoria kissed his cheek, drawing his attention from his slightly dented hat and back on her eyes.

The moment he looked into her face, he was, once more, lost. Good God, she was perfection wrapped in temptation, smelling like pure sugar along with all things charming, spicy, and sweet. While it was true she owned the candy store in Old West Town, he suspected she was sweet and spicy all on her own.

He pressed his mouth to hers with sensuous intent, licking his way inside to tangle with her tongue. She moaned into his mouth. He wanted to kiss her endlessly until they both climaxed again.

Jack’s face abruptly appeared in his mind. If his best friend still wasn’t interested in renewing a relationship with Victoria, then this had just been a futile exercise in fucking for pleasure, but not forever. And that was another bold stroke in the column of his Go Straight to Hell tally.

Although, the two of them didn’t have any iron clad documents in place for sleeping with women when the two of them weren’t together. It was more of an unwritten rule. They both preferred sharing. They shared as much as they were able to given their constraints, but also didn’t take on the roles of monastery men when they couldn’t be together.

Jack was currently working on moving to Enclave, and transferring his law practice here so they could finally realize that very practice.

Sharing a woman in a permanent ménage relationship. They both agreed sharing was the best and what they wanted to do. He shouldn’t have singular casual sex with anyone at all, let alone Victoria. But she had chased him relentlessly, and he hadn’t been able to curb his desire tonight.

It was a wonder he’d ever been able to at all.

Unfortunately, Victoria and Jack had a history. A difficult one.

His next thought centered on whether their prior relationship was over and done, or if it could possibly be renewed. He knew generally what had happened from Jack’s point of view.

If he dared ask her, would Victoria’s memory of their time together be the same as that long-ago discussion he’d had with Jack? Were things truly over forever as his friend had declared long ago?

He sighed internally. He didn’t know the answer to any of his foolish questions.

If any further liaison ensued, that aspect would come up immediately. And what would Jack say? Would he even consider reuniting with someone from his past? Would he agree that she was still sexy, smart, desirable, and perfect after all this time apart?

Duke didn’t know the full story of their breakup. Just that she and Jack had been briefly involved a few years ago. The relationship hadn’t ended well, and Duke understood that there was bad blood on both sides of the disagreement.

Some of it had likely been guilt on Jack’s part for sleeping with a woman not meant to be a part of their lifestyle. But it had happened early in their history. They’d still been working things out.

Jack had told him he’d lasted as long as possible before breaking down, as he’d called it, and having really exquisite sex with someone he considered special.

Duke remembered that early morning phone call, the sound of guilt in his friend’s voice about having slept with a woman the night before. A woman he’d been seeing for almost a week without even mentioning his unusual lifestyle or telling Duke he was seeing anyone.

He’d certainly understood their unusual constraints. He’d told Jack not to worry so much and asked about the girl he was obviously interested in.

His friend hadn’t wanted to ask her feelings on different lifestyles for fear of losing her. Afterward, when they’d broken up the very next day, Jack refused to discuss it further, insisting it was over forever.

The desire for permanence together in this lifestyle had come up between them more recently.

She hesitated for a few seconds as visions of every fantasy she’d ever had with Duke vied for attention in her head. One vision kept popping into the forefront. She wanted something all right, but was afraid to ask for it. What if he didn’t like sex that way?

“We can certainly repeat what we did in the living room, but I thought you might like to change things up. So tell me what you want, Victoria.” He reached out, brushing his fingertips from one knee all the way up to her inner thigh. She sucked in a deep breath.

His fingers strayed to her pussy, one digit sinking deeply inside. “My, you’re very wet for me, aren’t you?”

She opened her mouth, gazing deeply into his eyes, looking for his level of trying something new, along with how to respond to his question. She nodded, unable to speak as he touched her so intimately. Seriously, this whole night was probably a wine-fueled dream. She’d wake up any moment now with her own hand buried between her thighs and only Duke’s name on her lips.

But then his fingers went a bit deeper and curled within her pussy, possibly pressing on her G-spot—if such a thing even truly existed. This might really be happening. She couldn’t physically do what he was now doing to her.

She stared at him as he touched her. His other hand stroked along her inner thigh, sending tingles of pleasure through her body.

Victoria couldn’t think. There were so many fantasies with Duke, it was difficult to select just one.

Suddenly he grinned. “Just tell me whatever is on your mind. It’s obvious you have a fantasy.” Yes, and I’m living it.

He pulled his hands from her body, placing each palm on one of her thighs, waiting patiently for her to reveal her desires.

Victoria cleared her throat as the memory at today’s lunch slipped in. She’d wanted to pin him to his desk chair and ride him like a bucking bronco at the county fair, but he’d escaped after a supposedly important phone call.

“You’re right. I do have a few thoughts.” She sucked in a deep breath for courage. “What about if I got on top this time, and rode you?”

“Perfect.” Duke climbed onto the bed, laid down next to her on his side, and kissed her shoulder once. His fingers remained on her thigh. He then rolled to his back. She tentatively climbed on top of him, straddling her wet center over his lap.

His hard cock greeted her as she settled her pussy lips over the tip. Maybe she should just impale herself as quickly as possible.

She looked down into his eyes with all the love in her soul. His hands spanned her waist, fingertips not meeting, but he didn’t seem unpleased with what he saw either. “Do whatever you want, Victoria. I promise I’ll love it, too.”

As their gazes met, she shifted so that the tip of his rigid cock slipped just inside of her gushing pussy. She pushed down part of the way, and his eyes slid half shut. She sucked in a deep breath, continuing her descent into decadent pleasure by way of his enormous cock.

“You feel so amazingly good,” she whispered.

“Do I?” Duke asked placing his hands on her hips.

“Oh my God, yes. So amazingly good.” She repeated the same words, but they were absolutely true. He also moved, shooting his hips upward until she was half impaled on his cock.

The heavy, hard, thick feel of his dick within her body made her suddenly vibrate in pleasure. She moaned and ground herself further down until he was fully lodged inside as far as she could take him.

Duke slid his palms to her breasts, kneading, squeezing, and appreciating them. He lightly pinched her sensitive nipples.

In a low whisper, he said, “Move closer and I’ll suck on them.”

Victoria shuddered in pleasure. She bent at the waist so he could reach her.

Then he added, “If we were having ménage sex right now, there would be another man behind you, kissing your neck and getting ready to penetrate your ass. I want you to think about that as you move on me.” He then put his mouth around one tip and sucked hard. Victoria moaned and her pussy clenched hard on his cock, both at what he was doing and what he’d just said about a third person being with them.

She sucked in a deep breath, picturing a mystery man doing what Duke described. Fucking sexy as hell to contemplate.

Victoria moved up and down on Duke’s thick cock, going deeper and faster each time she moved, picturing someone she couldn’t see touching her backside, breaching her ass.

Duke lifted up and sucked the other nipple into his mouth, teasing the tip with his tongue and teeth, until she groaned and started moving carefully up and down on his cock.

She was already on the very edge of ultimate satisfaction. She sped her hips up and down. Each time she impaled herself over his cock felt better than the last.

Duke suddenly sucked hard on her nipple and shot his hand toward her legs. The moment the tip of his thumb connected with her clit and rubbed once, she nearly released. A groan of near completion escaped. She was so close.

Victoria continued the steady pace of movement. Each plunge was more exciting than the last. Duke rubbed her clit with perfect precision. She was seconds away from nirvana.

He released her nipple and moved to the other peak again, sucking hard on the tip, and eliciting another vibrant moan of appreciation. 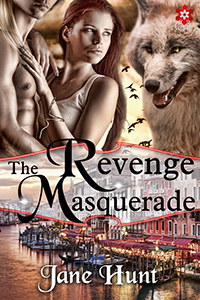