"The newest book in this very entertaining and imaginative science fiction series about aliens who raffle off a certain number of humans once a year, all perfectly legal in exchange for saving humankind from an awful disease, had me very excited to see what Jana Downs has come up with now. And it was so worth it! This is a story about the importance of communication, and not just the linguistic part. With instant translations due to cerebral implants, that has only been an issue where the languages were so incompatible that even translations didn’t help. This volume, on the other hand, deals with a situation where the cultural behaviors behind the language, including body language, are so different that actual communication is almost impossible. A fascinating concept! Trev is a human who isn’t terribly unhappy with his new alien "master". In fact, the Tanarran is extremely polite, always wants to give Trev presents, and is extremely attractive (if somewhat purple). Trev falls in love, but the lack of an emotional response from Yanai gets to him. He needs to know his lover is involved with him outside the bedroom as well as when they have sex. Which they manage to do often and well. And why does Yania keep calling him "pet"? Trev has a name, darn it! Trevor wants more, and he gets so desperate that he asks for some time off when they arrive on Earth. All he wants to do is have some time to think, and make some friends. Yanai has no clue what is wrong with the human. He senses something is off, but all the signals he has given Trev about how much the man means to him seem to leave Trev cold. The human still calls him by his given name, instead of giving him an endearment, something only they will share (even though Yanai has long-since started to call him pet). And now he wants to leave? Yanai is devastated, but his culture demands he remain calm, show no emotion, and give the man he loves deeply anything he asks for. Including his freedom, even if it tears Yanai apart. See where the problem is? It was devastating for me to watch both sides, see how each was misconstruing the other's signals by interpreting them using their own cultural perspective. It took them a while, but even when they finally begin to figure what their issues may be, it is still tough for them to adapt to each other's deeply ingrained ways of behaving. I really enjoyed watching them as they figure out what is what. If you like science fiction stories with men from two different cultures who don’t even notice they're simply misinterpreting much of what they do, if you enjoy reading about yet another alien culture, one that operates on scents and pheromones, and if you're looking for a hot read full of heated exchanges and emotional upheavals, then you will probably like this novella." -- Serena Yates, Rainbow Book Reviews 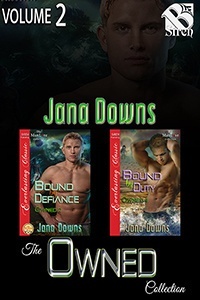 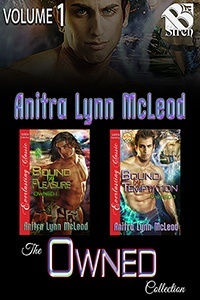 He had trembled as his name was called for the lottery, but now he was trembling for an entirely different reason. Trevor McCall hadn’t expected to find his new captor attractive, but he did. The little squat things that had looked at him like was a piece of chewing gum on the bottom of someone’s sneaker had certainly not been attractive. They’d been hairy little miniaturized teddy bears but their faces looked like squished potatoes with pudgy human features. His captor was a lovely purple color with matching eyes. But it wasn’t the unique coloration that was attractive. His face was so perfectly balanced that it was almost painful to look at.

But this alien was… Oh my. “Welcome to my home,” the alien said, bowing over Trev’s hand. His touch felt electrifying. “I am Yanai.”

“No. I’m not baking sweets. It is my natural scent.” He paused expectantly. “Do you wish to touch me?”

Trev felt a blush infuse his cheeks. “Uh…are you offering?”

Yanai blinked, confusion skittering onto his expression. “If you desire something of me, you just need to say the word. I will provide everything you want and need. Understood?”

“Got it.” He stared at his new alien. “So what do you do for fun around here?” He’d only met three people since being chosen for the lottery. Two had been the little pudgy things that had talked around him and then this guy. A look around the house that he’d been delivered to said that he was in the middle of nowhere, so it looked like he was going to continue to only know three additional aliens.

“There are many activities. I enjoy the computer systems that operate grand worlds. There are many games to play on them. However, you can also walk the trails around the property. They’re quite safe. No one else comes near my home.” He motioned to the wide round glass door at the back of the room he was sitting in. “You can take meals with me if you like or by yourself. Whichever you prefer.”

“Is there a library around here?” He’d said that the land was isolated, but he was hoping that he wasn’t too isolated.

“Not a public library, no. However, the database I have has thousands of books available to you. Feel free to download them to one of the portable vid-screens that I have.” He motioned toward the door and several gray-cloaked figures came in. “These are my servants and are extensions of myself. If you should need anything or if you need to get in touch with me and I’m not around, ask one of them. They have a direct link to my psyche and can reach me anywhere I happen to be.”

Trev smiled. “Thanks.” Maybe being the slave of an alien wasn’t going to be so bad after all. His stomach rumbled. “I’m really hungry now. Do you think we could do that sharing a meal thing?”

“For not asking me to bed you.”

His eyes shot wide. “What? Already? We don’t even know each other yet!” His cheeks felt hot again. Great. He’s going to think that I’m some backwater virgin.

Yanai laughed, and his entire being tightened. “Exactly. Not yet. You are a treasure, Trev.” He pushed up from the soft bean-bag-looking chair he sat in. “Let’s get you something to eat.” He offered out his hand, and Trev immediately took it and let him help him pull him from his chair.

As he looked up at the beautiful purple alien who had just become his master, he had to say, he might’ve gotten lucky this drawing as well.

“I want to fuck your beautiful mouth,” Yanai said, tracing Trev’s bottom lip as he gently stroked his growing erection. Yanai had become his master almost a year ago by virtue of the lottery in Trev’s hometown of Quebec. He’d been scared at first, but it hadn’t taken him long to give in to the desire that permeated Yanai’s being.

Yanai was an alien from a special pleasure species that rarely walked out in public because of the unique pheromone that made them damn near impossible to resist. People tended to hound them, causing chaos wherever they roamed. Instead of leaving their homes, the gray men, a parasitic species of alien that had developed a symbiotic relationship to Tannara blood, served the Tannara like silent extensions. At least that was what the tutor had told him when he’d arrived. He hadn’t been much of anywhere but in Yanai’s quarters, first in his bedroom and then in his ship. They’d left Tannaran, Yanai’s home planet, over nine months ago, ironically enough destined for Earth. The real estate was apparently popular with far-universers.

“Yanai,” Trev breathed, arching his hips as Yanai kissed his neck. He nibbled Trev’s jawline, using the pointed tips of his fangs to tease him mercilessly. Trev had learned to crave Yanai’s bite like a stiff fuck.

The bite of a Tannara was just as enticing as the sweet scent they possessed that smelled a little like caramel and spun sugar. It didn’t help that the alien was a delicious-looking light purple that reminded him of blueberry ice cream and had the build of a fitness model. Even his hair was a darker shade of plum and constantly smelled sweet, whether or not he’d showered. But it was his eyes that were hypnotizing. An ethereal amethyst that could make someone forget all their troubles. Just because Yanai didn’t employ his charms on Trev didn’t mean he wasn’t aware of them.

What did I ever do to deserve you? Trev spread his thighs as Yanai muscled in between them in an effort to pleasure him more. The male’s knotted cock formed three perfect rings that vibrated when Yanai was engaged in sex. Trev loved being a slave to a living, breathing vibrator. But it wasn’t just Yanai’s beauty or his incredible dick that made Trev a very willing captive. He was just as sweet as his scent. The male was soft spoken and incredibly patient. He just wished that Yanai would let him in emotionally. They remained comfortable companions, but Yanai refused to even contemplate Trev’s romantic advances. Tannara didn’t do love as Trev understood it, and Yanai was a traditional Tannara.

Trev groaned, twisting as Yanai’s finger sank into his ass. “Tease. You don’t have time to fuck me.” He had a meeting with some new business associate in fifteen minutes. Yanai was a world communications builder, running and operating the communicative channels between Tannaran and the nine immediate worlds closest to it. Now that he was moving to Earth, the Eoean government was interviewing him to take over their communication channels as well.

“I might not. However, I have time for a bit of mutual pleasure.” Mutual pleasure usually meant he’d allow Trev to suck him until orgasm since ingesting his seed would leave Trev writhing in pleasure for at least half an hour. Yanai liked to sex him up and watch him lose his mind while he worked at the desk not ten feet away.

“You are so sexy,” Trev murmured, aching to say more than that. I love you. The words pounded in his mind with every beat of his heart. He just wished Yanai would accept it if he said it aloud. It was killing him to love the alien and get nothing in return.

“As are you, pet,” Yanai said, his voice as calm as water in a pond. He flopped onto the mattress beside him, palming his cock. “Suck.”

Saliva flooded his mouth, and he scrambled to obey the gentle order. He wrapped his hand around the base of Yanai’s cock at the same time he wrapped his mouth around the swollen head. The three holes along the slit were already dripping pre-cum, and Trev eagerly lapped them clean, groaning at the tingle that instantly washed over his tongue. He made sure to rub the raised ridges of Yanai’s length since they were the most sensitive parts of his cock.

Yanai wound his hands in Trev’s thick hair and fucked up into his mouth. “Pet,” he murmured, warmth and intensity entering into his body for the first time since they’d started. Please, just once, use my name. Call me Trevor. Call me Trev. Whichever you prefer, just use my name and let me know that it’s me you’re fucking. “Pet, your mouth is so delicious.”