Heat Rating: Sextreme
Word Count: 38,628
6 Ratings (4.2)
Menage a Trois/Quatre Paranormal Vampires/Werewolves
In Bookshelf
In Cart
In Wish List
Available formats
Mobi
HTML
ePub
PDF
Cover Art by Les Byerley
Reviews
Love it. Jane's books always are a great read!
rhondavb
This was a heart breaking book. Very worth the time to read. It helps with opening one eyes to what addiction does to the people around the addict.

They’re waiting for me to come outside.

“Ooh, is that right?” Melba peered out the window then turned back to Laney, her face filled with excitement. “They want you as their mate, don’t they? You are one lucky girl.”

“Their mate? I don’t understand.”

Melba enveloped her in her arms. “Don’t worry about it, sweetie. They’ll tell you in their own time. Until then”—she gripped Laney’s shoulders and forced her to face the door—”you take advantage of your good luck.”

“Go and get them, girl,” called the older woman.

Before Laney realized what was happening, she was out the door and, once again, facing the Rann cousins. She didn’t give them a chance to say anything but hurried down the street toward the B&B. Hopefully, since Shawna had kept them away last night, she’d help her again.

She glanced over her shoulder at Brady. “And I said no thank you.”

“But why? We’re nice guys. I’ll bet Melba said as much.” Ethan hot-footed it past her and began walking backward as he talked. “It’s only a drink. Maybe a few snacks, if you want.”

“Will you please leave me alone?” She refused to look at him. If she did, if those soulful dark eyes took hold, she might give in. It wouldn’t take much. A part of her wanted to meet them for a drink. Maybe even more than a drink.

“We can’t, sugar.” Dart joined Ethan in front of her.

She slammed to a stop and reversed direction. “You don’t even know me.”

“But we will,” protested Ethan. “That’s kind of the point of getting a drink together. To get to know each other.”

They had to be making a scene. She heard a few chuckles, confirming that people were getting a kick out of watching them. “I’m not staying here for long. In fact, I’m leaving tomorrow.”

Brady took her arm, bringing her to a stop. “You can’t leave. We just found you.”

She should’ve been furious that he’d taken hold of her arm, but she wasn’t. She couldn’t be angry when wild, wonderful sensations sizzled from him into her. When she finally pulled herself together, she jerked her arm out of his hold. “You didn’t find me. I came into town. That’s all.”

His gaze bored into her. “You don’t understand yet, but you will. We’ll explain everything in time. Just say you’ll meet us for a drink.”

When she started to refuse yet again, he added, “The Wolf’s Den is a safe place. Lots of the local women go there. Even Shawna.”

If she continued to say no, she realized they’d keep hounding her. They were like dogs with bones. “Fine. One drink. But that’s it.”

“Great.” Ethan leaned his arm on Brady’s shoulder. “And don’t worry, Brady and I will keep Dart from acting like a fool.”

“Now will you back off?” Her gaze slipped to those around her, most of who had stopped to watch. “Please?” she whispered.

“Sure thing, darlin’. Then we’ll see you tonight at eight, right?”

“Yes. Eight.” Yet would she? At that moment, she wasn’t sure if she was lying to get them to back off or if, given the way they made her feel, she just might take them up on the drink.

“Then we’ll see you later, sugar.” Dart motioned to his cousins. “Let’s leave her alone.” He winked. “For now.”

She stayed where she was, her body trembling as she watched them stride off like heroes in a western movie. She worried her bottom lip. Instead of relief, she felt disappointed.

If it weren’t for Harlen’s damn drugs…

Yet if it weren’t for Harlen’s drugs, she wouldn’t have come to Fate. Was that a good thing or a bad one?

Maybe I should show up tonight and find out.

The ringing of her phone interrupted her thoughts. “Hello?”

She cringed, noticed that people were still watching her, then lowered her gaze and picked up her pace toward the B&B. She didn’t bother venting the fact that he hadn’t bother asking if she was all right. Sad, but true, he wasn’t concerned about her well-being. The only thing he cared about was the drugs. “I’m not going to let you get into any more trouble.”

“You don’t get it. They want their money or their drugs. If they don’t get their shit, they’re going to kill me.” His voice was strident, fear lacing his tone.

“No, they won’t.” At least, she didn’t think so. She checked around her, making sure she was far enough away to keep anyone from overhearing her. “They won’t kill you until they get the drugs back.” She prayed she was right.

She stopped, closing her eyes against the heartache. “If I bring it back, you’ll sell that poison and kill others.”

“Fuck you, Laney! You’re going to get me killed. Hell, you might as well shoot me yourself.”

A stabbing pain split her apart. Had she done the wrong thing? In trying to save her brother, had she sentenced him to death? “Harlen, there has to be a better way. We can go to the police and get protection.”

Harlen’s laugh was caustic, resigned. “Fuck you, Laney.” His tone was softer than before, yet it sliced through her like a knife.

“Harlen, we can get you out of this. Please—” But he had already gone.

They started with her clothes, each of them taking a part to unbutton, unzip. Laney did her best to keep hold of their cocks as they pulled and tugged her shirt off then followed it with her bra. Ethan and Brady played with her breasts, massaging her nipples as Dart protested the fact that she had only two breasts, leaving him out. Standing, she gave him the honor of unzipping her jeans and pushing them to the floor. Her shoes came off along with her jeans before she sat down again.

Pumping each cock, she felt them stiffen and lengthen. The only way it could’ve been better was for her to be able to get a taste of each of their cocks at the same time. Instead, she released Brady’s then flicked her tongue over Dart’s. Before he could capture her, forcing her to take in his cock, she turned her head and gave Ethan a good swipe. They tasted the same with the same musky flavor that accented the musky scent, yet each man had his own special twist.

The air around them thickened with sex. She dragged in a long breath, catching not only Brady’s fragrance but a mix of all of them. Yet as wonderful as it was to possess three cocks, she wanted to possess them fully, inside her.

Letting go of them was funny. She almost laughed as, in unison, they let out frustrated groans. “Easy, guys, I’m not stopping.”

She tossed Dart an encouraging, yet sultry smile then crawled onto the couch. Getting onto her knees, she wiggled her ass. “Come and get me, guys.”

They fell on her like wolves on their prey. Ethan shoved Brady back and landed on the end of the couch. Taking hold of her under the armpits, he tugged her forward, bringing her body over his.

“Fuck me, honey. Fuck me hard.” Taking hold of her hips, he brought her down, slamming his cock deep inside her.

She gasped, impaled by his pole that drove high into her. She wouldn’t have been surprised if her body had split apart. Even her throat constricted as though something thick had gotten stuck there. Down and up he took her as his powerful hips thrust upward. Her pussy wept, and her sweet juices slid down her legs.

“Don’t leave us out.” Brady laughed as he jumped on top of the couch, a feat she wouldn’t have expected anyone could do. He rested one leg on the back of the couch and the other next to his cousin’s head.

“Fuck, man, I don’t want to see your junk.” Ethan closed his eyes but continued to shove his cock up and into her.

“Sugar, get ready. But trust me. This won’t hurt much once I get you ready.”

She felt Dart’s thighs against the backs of her legs. His fingers played with her asshole, at first staying around the tight circle, then slipping inside to work it into acceptance. She moaned even as alarm hit her. Still, she kept her fear to herself. She’d already decided to trust these men with helping her get rid of the drugs. Now she would trust them with her body, including the one way she’d never had sex.

Dart’s fingers worked magic on her. The more he plunged them into her dark hole, twisting them, making her muscles give way, the more relaxed she became. Didn’t they need lube? If they did, she was certain he would’ve gotten some. If it hurt, she’d tell him, yet somehow, she sensed it would be different with him, different with any of the three men

When at last he pressed his cock to her anus, she was more than ready. Brady’s cock was tight and hard, ready to explode. Ethan’s cock plunged into her time and again, revving up the burn until it was an inferno then sweeping over the soft tissue, sending her spinning toward her climax, only to slip away and bring her back to the very edge of release.

Dart slid his cock inside her butthole. At first, she stilled, fearful of the quick flash of pain. Yet, as he’d promised, the pain was soon gone, morphed into a kind of pleasure she’d never known. This pleasure was as rich and full as the other two, but it had its own special quality.

She reveled in their touches, rejoiced in the sounds of the heavy breathing, exulted in every shove against her, ever fondle of her breasts, as well as a few well-placed spanks on her butt cheeks. Pain merged with unbridled delight. Sharp, quick flicks of tongues against her skin were followed by even sharper, quicker nips of teeth.

She cried out not once but often, in surprise, in joy, and in delicious torment. Sensing them tense, she gave up the battle to hold back her own release. As though they were one mind and one body, the four of them turned their climaxes free. Her cry was lost amid their shouts and roars. At one moment, she was certain she saw Ethan’s eyes glow all amber, but then, in the next instant, the color was gone, with only bits of the amber remaining.

She collapsed on top of Ethan. He laughed and held her against him as Dart and Brady moved away. “I could lie on top of you forever.” As soon as she’d spoken, she regretted it. Not that she hadn’t meant what she’d said, but to say so was frightening. She held her breath and waited, steeling for his response.

“Then stay on me forever, honey. I wouldn’t mind it one bit.” 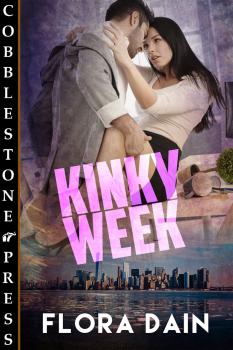