Two Wolves, a Man, and Their Woman (MFMM)

Two Wolves, a Man, and Their Woman (MFMM) 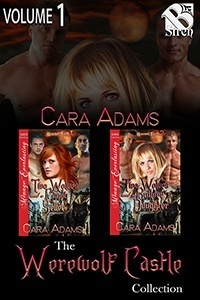 Food. That was why she was working at the castle this summer. She’d recently graduated from the local college with qualifications as a chef. She’d worked part-time all through school in a fast food restaurant and there was a job waiting for her there again, any time she cared to return. But she’d wanted this summer doing what she thought of as “real” cooking. At the castle she’d made pies and cakes, baked bread, and experimented with a range of semimedieval meals and all the attendant spices. Kady’d spent hours and hours researching medieval recipes and practicing how to make a medieval dish taste good to a twenty-first century palate.

She loved the work and was going to miss it like hell when the tourist season ended and she wasn’t needed anymore. She was going to miss Uwe Golubev, too. Kady walked over to a tree and sat on the grass, resting her back against its trunk.

Uwe. Such a yummy man. And human like her, not a werewolf like his father and two older brothers. Kady’s friend and coworker, Anastasia Golubev, was the baby of her family and a trained chef. She’d been working at the castle for three years even though she was human, too. A few months ago there’d been trouble with some people spying on workers in the castle, and the Alpha of the Werewolf Castle pack had called in Anastasia’s three brothers, all big fierce men, to keep a watch on the troublemakers. Uwe was an excellent baker, even though he had no training, so he’d started working in the kitchens and he was every bit as delicious as his pies and tarts.

Actually, all three brothers were mighty nice to look at. All big and dark and wild, like so many of the mountain werewolves, but smart and funny and good company as well. Although the oldest brother, Dominik, could be scary at times.

Kady grinned. The Werewolf Castle wolves suffered from a shortage of females, so they had a policy that two male wolves mated a human female. Anastasia herself had recently agreed to marry two of the wolves, Evan Huber, the head chef in the Castle Kitchen, and Ion Varga, an IT geek in the castle.

Kady wouldn’t have minded marrying a couple of handsome wolves herself. Especially Dominik and Stefan Golubev, but she liked the youngest brother, Uwe, even more. And he was human. Not that he’d ever made a move on her. He hadn’t asked her on a date or kissed her or anything. But she knew he was interested in her. Maybe she should make a move on him instead. Maybe she’d back him into the walk-in refrigerator and kiss him when he couldn’t get away from her or something. It’d be fun to see if he kissed her back or panicked. Except, she’d hate to be fired from this job. She loved it too much to jeopardize it. Dammit!

Kady caught a flash of movement out of the corner of her eye. She turned her head around to see behind her tree so fast she almost gave herself whiplash. Then she smiled. It was a wolf, a big black one, standing maybe a hundred feet away from her, watching her.

Well she supposed it was a him. She didn’t think one of their few females would be out here alone.

She rested back against the tree trunk again, closing her eyes, only to find the huge wolf’s front paws straddling her legs, his face almost in hers.

Her eyes snapped open at his hot breath on her face. Her heart was beating so fast she thought she might have a stroke, and she suddenly remembered there were actual wolves as well as werewolf shape-shifters, in these mountains. She opened her mouth to scream, as she stared into his gray eyes.

“Fuck it, Dominik Golubev! Back off, you big lump. You just about gave me a heart attack,” she yelled, ignoring the fact that strokes and heart attacks were different things, and people her age, twenty-two, didn’t usually have either of them.

“How did you know it was me and not Stefan?” Dominik had only taken the smallest of paces back from her, and he was stark naked. So naked, his long thick cock was just about at her chin level and very tempting. She forced her gaze higher, to rest on his face.

“Stefan isn’t as much of an asshole as you are. He wouldn’t deliberately try to scare me for no reason.”

“I wouldn’t be so sure of that.” Dominik clicked his fingers and a second wolf appeared. This one was just as big and just as black, but it stood a few feet away from her, proving her point in her mind, at least.

“Go and put some pants on, Dominik. Or get back into your fur,” she said.

“We left our clothes by the gate. Who gave you the key to the gate? Humans aren’t supposed to come here, not even Werewolf Castle pack humans.”

“I climbed over the fence. It’s my day off and I’ve wanted to come up this mountain ever since I started work at the castle.”

Dominik stretched his hand down to hers, gripped, and hauled her to her feet.

“Well, you’ve seen the mountain and now it’s time to go. This area is private and you’re not a wolf.”

Kady eyed both man and wolf thoughtfully, then decided her chances of out arguing them were nonexistent. She shouldered her backpack and followed them down the mountain.

Dom stroked her shoulders and back, sending those nerve tingles racing up her spine again. “Are you ready, my sweet?”

Stefan held her hips and slid into her. It wasn’t until he was deep inside her she realized he was wearing a condom. She had no idea where it had come from, or when he had put it on, but she appreciated that they were taking precautions. Not that she thought they’d give her any diseases, but it was nice to know they cared enough to take this step.

Dom lifted her upper leg high over Stefan’s hip, and began to rock his way into her ass. The first inch or so burned, but then he slid in, and her passage widened, opening up to let him go deeper. All three of these men were big. She’d seen their cocks up close and personal in good daylight, and she knew that, but somehow, both men were able to be inside her at once. Her body seemed to have been designed specifically for them. Her cunt stretched wide then held Stefan tightly. Her ass permitted Dom to come inside, then gripped his cock and held it fast.

When Stefan and Dom were both ready, it was Uwe’s turn to shuffle closer and closer to her until his cock rested at her mouth. She freed her upper arm from the tangle of bodies and gently cupped his balls as he fed his cock into her mouth. From this position she wouldn’t be able to take him very deep, but she hoped to be able to please him nonetheless.

Dom and Stefan began to withdraw slowly from her as she sucked the head of Uwe’s cock. She scraped her teeth over his cockhead, rolled his balls in the palm of her hand, and then sucked his head into her mouth again, as Dom and Stefan pushed back inside her.

Kady concentrated on giving pleasure, but it was extremely difficult to keep her mind on Uwe when so many other things were happening at once. Hands were stroking her skin, mouths pressing kisses to her shoulders and random pieces of skin. And Stefan and Dom were pumping into her more strongly and definitely now, pushing deeper and harder, moving faster.

She tried to match their pace as she sucked Uwe, but it was too hard to think. All her body wanted to do was feel. And it surely felt mighty fine. Someone was stroking the back of her knee. She would never have thought that was an erogenous zone, but it definitely was. Fingers were teasing her nipples. The buds were hard and tight from her intense arousal, but the fingers stretching and pinching them were driving her ever higher.

She tipped her head back to take a little more of Uwe into her mouth, trying to give him as much pleasure as the three of them were giving her. Already he was leaking pre-cum. She’d noticed last time they all tasted quite different. Uwe was the spicy one. Perhaps from all the spices they worked with at the castle. Whatever the reason, she knew she’d be able to identify him by his flavor at any time. Although she really ought to look at the cocks more closely one day and make sure she knew them as well as she knew their faces. She’d been too impressed with their length and girth last time, and in too much of a hurry, to suck them to release. But next time, she promised herself she’d get to know them better. Meanwhile she bit lightly along the side of Uwe’s shaft, then licked his balls, before pulling the head of his cock into her mouth once more, hollowing her cheeks, and sucking hard.

Her body was rocking backward and forward between Stefan and Dominik now as they pounded into her. Their cocks drove into her, filling her beyond full, then pulling out and leaving her empty and longing for them again as they pushed into her. It was a damn smart technique. There was just enough time between each stroke for her to be longing for the next one. She went from overfull and stretched wide to gut-wrenchingly empty in a heartbeat, then back again.

She was fast losing her ability to think at all. In fact she might not even be able to suck Uwe soon. The orgasm building inside her core was going to be enormous. Her fingers felt thick and clumsy. Her tongue was sticking to the roof of her mouth. She was breathing hard and heavily, and she wanted to tell them all how amazing they were, how special this was to her, but she couldn’t make words form logically in her mind.

Then her body shattered around her. Her eyes snapped shut, her hand dropped from Uwe’s cock, and her legs seemed to melt into whoever’s were under hers. Her cunt clenched tight on Stefan’s dick and her ass gripped Dom’s and she came with an orgasm like a tsunami crashing through her body. She couldn’t move or think or speak, as wave after wave of release roared through her, leaving her like a piece of limp seaweed thrown up on a beach. A very happy, fulfilled piece of seaweed.

Her mouth was filling with liquid and she swallowed, then realized that Uwe had come. It was his exotic, spicy seed she was swallowing. Next she felt the heat in her cunt and ass, and understood Dom and Stefan had climaxed as well. The tiny part of her brain that was still functioning was really pleased they’d all climaxed together. But thinking was much too difficult just yet. She lay in limp contentment surrounded by her men and the thick scent of sex. Damn they were talented. She’d never felt this good before. 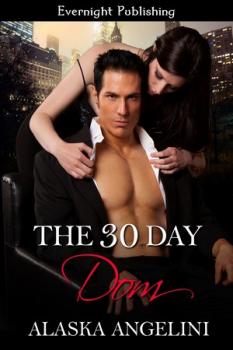 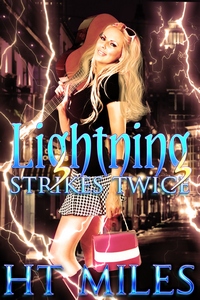