More From A Lost Dance

“You aren’t Jarrah Hejazi, are you?”

The woman nodded. “Rae talks about you all the time. I’m Grace McKay.” She held out her hand to shake. “Follow    me.”

They walked to a stairwell and started up.

“How long did you serve, Miss McKay?”

“Call me Grace, please. I was in for twelve years, sir. How about you?”

“Then you were a secret agent?” She smiled over her shoulder.

Hejazi laughed. “No, Secret Service. I was assigned to a team that protected the secretary of state.”

“Not really. I only did that for a year before I started my own security group. What do you do here?”

“Don’t tell anyone, though. The kids think I’m a receptionist and part-time cook.”

“Your secret is safe with me.”

Hejazi saw Rae Black at some tables that were moved together and she spoke to about fifteen kids. He stood by a wall, listened to her and smiled. Her belly looked like she hid a basketball under her shirt, and he realized that baby was about to pop.

“I’m curious if any of you guys would be interested in taking some classes?” she asked the group. The kids groaned. “I’m not talking about math and English. I thought of maybe self-defense or cooking?”

“I could be Jackie Chan,” one boy said and made a funny noise in his throat, and flexed non-existent muscles.

“Right. Can I get a show of hands? How many of you can I count on to show up if I arranged self-defense classes?” Several hands went up. “How about cooking?” A few other hands raised and Rae nodded. “Okay, once I get it arranged, I’ll put a signup sheet on the bulletin board downstairs. If you haven’t eaten lunch, go for it. Ladies, I’ll meet you for dance class in an hour. Mr. Baxter has appointments with a couple of you this afternoon. Don’t be late. And Ian, Dr. Johnson moved your appointment to three-thirty. He wants to see how your lungs are doing.”

The group broke up and Rae walked toward Hejazi with a grin on her face. “Jarrah, how good to see you.” She lifted on her toes and gave him a hug.

“It’s good to see you, too, Mrs. Black.” He put a hand on her stomach. “I thought this little one would have put in an appearance by now.”

“It’s just a couple more weeks. Turner’s gone into insane almost-father mode. He really doesn’t want me here, but I get bored sitting around at home. Daytime TV really sucks.”

“That would be great.”

Asking for a coffee, he and Rae sat at a table. He looked at one of the tables and saw a boy sitting and staring out the window. The kid was small, with light brown hair, and wore the saddest look on his face.

Grace brought them the coffee and tea and then left the room. He watched her walk out the door and liked the way she moved.

“Nothing, really. I was up in Sacramento with a job and thought I’d stop in on my way south. I wanted to see how things are going.”

“So far, so good. We have about eight, nine kids staying with us regular time and about ten others that come and go. We’ve only needed to turn one away in the last six months, but helped him find another place to help with his drug issues. Things are progressing.”

“I heard you talking about self defense. Do you need any help?”

Hejazi laughed. “No, the group’s taking the next month off and I have some extra time.”

“I would definitely take you up on that offer. Do you need a place to stay? Turner and I have plenty of room.”

“No, I can find a hotel to crash. Your house is too far out of town.” He looked around and saw that same boy sitting by himself. “Who’s that kid over there?”

Rae looked to where he pointed. “That’s Kit. He won’t tell us his real name or where he came from. We’ve tried to identify him, but can’t find out anything. He says he’s thirteen years old, but I wonder,” Rae said and saw Grace come back into the room.

Rae frowned. “Yeah, we have a checker board in the game room. Hey, Grace?”

The tall woman came over to the table and Rae asked her to get the game. “What are you thinking, Jarrah?”

He watched the tall woman walk to another room and admired her strut. It was part Marine, part regular woman, and the more he watched her move, the more he wanted to get to know her.

He heard Rae’s voice and looked at her.

“I asked you a question,” she said.

She looked at the door Grace went through. “I guess you did. Can you stay and have dinner with us tonight? I could ask Grace to join us.”

Grace came up to the table with a cardboard box. She handed it to him.

“Thank you.” He stood and went to the table were the boy sat. “Hi. My name’s Jarrah Hejazi. Do you play checkers?”

The kid looked up at him with true puppy-brown eyes. “Sure.”

He sat down and started to set up the board. “Do you have a name?”

He looked into her beautiful green eyes. “Grace, I haven’t dated for many years. Between my military service and getting my company up and running, I just didn’t have the time. I don’t want you to think I’m some kind of weirdo, but I’m not certain what’s PC with dating anymore.”

“Can I ask why you quit dating and how long it’s been?”

“When I first went into the service, I was with a woman I’d been involved with since high school. After boot camp, I was sent off to Kuwait for six months. I went home on a two-week leave, and she’d fallen for some other guy and they were engaged.”

“And you’ve been with no one else since then?”

“Not seriously. I’ve had a handful of one-night stands, but I’ve never met anyone or seen any signs that I needed to be with someone.”

“Signs? Do you mean auras or something?” She smiled.

“No, nothing like that. It’s just intuition. When I first saw you this morning, I had a feeling that I wanted...no, that I needed to know you, and I don’t want you to think I’m blowing smoke. I really do want to know you.”

Grace smiled and held his hand. “I don’t think you’re blowing anything, Jarrah. As crazy as it sounds, I experienced the same feeling. Maybe our moons are in alignment.”

“Are you married or involved with someone?” he asked, and wasn’t sure he wanted to hear the answer.

It took a second for what she’d said to register in his brain and he started to laugh. His nerves came down to almost normal. “Is it still correct to open doors for ladies, or is it considered passé?”

“My own personal opinion is that it’s a gentlemanly thing to do. You scored points opening the car door for me.” She arched her eyebrow. “Jarrah, how about we get out of here and go watch the sunset or something? There’s a park a mile from here and we could walk along the San Joaquin River.”

“That sounds great.” He stood and held his hand out to her.

They followed a trail along the river. It was a pleasant summer evening. Their hands linked occasionally and they even put their arms around each other’s waist.

“I was in the service during 9/11. The people I work with knew me in those days and it bugs them when I get the evil eye from someone. My grandparents were born in Iraq and came over just before they married. My mother and father were both born here in the States.”

“Catholic. My dad’s family came from Ireland during the potato famine. My mom’s came from Spain around the same time. Both sides were Catholic, and how they all wound up in Oregon is beyond me. I was born in Salem.”

“Are you folks still alive?”

“Yeah, what about you?” She turned towards a small wooden dock and they went down the steps.

“Yep, they still live in the same house outside Chicago. Do you think your parents might have any issues with you dating a man with a Middle East heritage?”

“No, I’m sort of a fallen Catholic. The black sheep of the family, you know? I quit the church on my first tour. When I was stationed over in Afghanistan, the scariest thing was the kid-suicide bombers. I couldn’t figure out what God was thinking about and quit going.”

“Yeah, that was scary shit.”

“After twelve years, why didn’t you re-up?” She saw him look at her and wished she hadn’t asked that question. “I’m sorry, it’s not my business.”

“No, it’s all right. I never intended to do a second tour, but after my girlfriend, I didn’t know what else to do. It was what I knew at the time.”

“Yeah.” She stopped at the end of the dock and leaned on a metal railing. “I did a second tour because I’d been led to believe I was a perfect candidate for Special Ops. I did all the testing and passed with flying colors. Then they checked my eyesight, which isn’t the greatest, and I wear contacts. That did it and I washed out. It didn’t matter that with my contacts, I can hit a target dead-on.” She smiled. “Ack..Water under the bridge, right? I moped for about six months and then finished my final tour and came home.”

There wasn’t a thing about Hejazi she didn’t find amazing. His hand moved to her cheek and his index finger touched her lips. When his lips covered hers, all she wanted was his tongue touching hers and that fact seemed to register with him. The pressure on her lips increased as his tongue swooped into her mouth and tangled with hers. As she sucked his lips, she felt his head pop up.

“Grace, I’m a bit out of practice here and hope that I haven’t gone overboard. Do you mind tongue?” he asked.

She could tell he was partly serious and she smiled. “Oh yeah, tongue’s a must.”

“I wasn’t going to say that. I don’t have to bend at the waist to kiss you and our pelvic areas match up perfectly.” He put his hands on her hips and pulled her against his very hard cock.

“Why, Mr. Hejazi, I think you’re happy feeling me up,” she said and shimmied her hips against him.

His hands moved down to her butt and pinched her cheeks.

“Jarrah, do you have a condom?”

He stared at her and, after a second, shook his head. “I didn’t think there was a chance of anything happening this evening.”

“I think your chances are very good, just not tonight. I am on the pill, but like the extra security when I first meet someone.”

“We’ll get it sorted out tomorrow, okay?”

“It’s a date.” He smiled and then kissed her again. 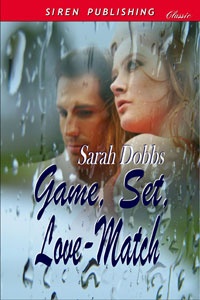