The plane wasn’t huge, so there were only a half dozen first-class rows in a two by two formation. She was in the fourth row. She stowed her knapsack in the overhead compartment and settled into her aisle seat. It was nice. Leather. Lots of leg room. The flight attendant rushed over with a glass of champagne and a hot towel. This is the life.

The flow of people onto the plane was slowing down now. First class was full except for the two seats across the aisle from her. She flipped through one of her magazines and sighed at the Chicago forecast. Snow and a high of twelve. Twelve!

She looked up. Neville and Glenn, her hunky neighbors, stars of many of her late-night fantasies. Neville leaned down and gave her a kiss on the cheek. He was tall, dark—a souvenir of his Cuban grandfather—and handsome, with the body of a Greek god. He had black eyes, long wavy black hair, faintly olive skin, and lips that a supermodel would kill for.

Neville slid into the window seat opposite her. Glenn then gave her a peck on the cheek before taking his own seat on the aisle. Glenn was as fair as Neville was dark. His eyes were a pale gray and his hair was almost platinum blond. Whereas Neville kept his hair longish, reaching almost to his shoulders, Glenn’s hair was cut almost ruthlessly short. He tended to wear expensive, conservative suits, suited more to a banker than an artist. He was saved from being too beautiful for a man by a nose that had once been broken and not set well. It suited him in a strange way.

He turned to place his and Neville’s bags in the overhead compartment and Ve got a good look at his ass encased in a pair of well-fitting, pale, khaki pants and looked up to see his broad shoulders filling out a white cotton shirt. Mmm. He was yummy. They both were. They were tall, too. She was five feet seven and liked to wear heels. They were both around six feet tall, which would be perfect for her. If they weren’t gay, of course.

Glenn took his seat just as the flight attendant started on the pre-flight announcements. Then they were interrupted by drinks service. When that was done, Glenn became engrossed with his iPad. Ve looked across and locked gazes with Neville, who grinned and shrugged before putting on his headphones.

Ve read her newspaper and magazines and enjoyed the first-class meal. She covertly watched Neville and Glenn, seeing all the little ways that their love shone, the looks, the touches. She envied them, but it was more than that. She’d previously written off her fantasies of being with the two of them as, well, just that, fantasies, something to think about when she was pleasuring herself.

It was more than that, though. She had feelings for them both, and she wanted, more than anything, for it to be like one of the ménages in her books. Her story about Vicky, Neill, and Grant wasn’t a fantasy. It was a wish, a dream that wasn’t going to happen and now she had a month of watching them up close and fretting over what would never happen.

There was only one way to handle that, she decided. Or rather, there were two, but she didn’t think she could handle the humiliation of hitting on them and being turned down. So, she’d go with Plan B, something that had been Plan A until she’d run into Neville and Glenn. She’d make a point of doing some hands-on research on the island. She’d sign up for a couple of classes. She’d learn and play and get over her crush on her neighbors. When they got back to Chicago, they’d remain friends but she’d quietly look for another apartment so she didn’t have to run into them in the hallways. And if she liked the lifestyle as much as they suspected she would, she’d join the BDSM club that Kirsten and Dave belonged to and find someone who would help her forget Neville and Glenn.

Ve felt another wave of arousal. Who knew that being tied up could be so arousing? She forced her eyes open. Everyone in this class, probably. She looked at the rapt faces of the Doms and the subs as they watched Glenn work.

He really was a master of rope work. She was wearing nothing but coils of rope, but she was too turned on to feel self-conscious. He’d wrapped the ropes all around her. Her arms were fastened comfortably bent at the elbows and completely immobilized against her torso. With the rope, he had also formed a bra with open cups, squeezing her breasts so they swelled out from the ropes. They hurt, but the slight pain just seemed to increase her arousal.

He’d paused after he bound her tits and leaned in to her and played with her tight nipples. “Next time, I’m going to place clothespins on your nipples and your clit and torment you until you beg.” Then he turned back to his audience to discuss technique while she’d whimpered through the gag as the cream rolled down her inner thighs.

He spread her legs wide and then he threaded two ropes between them, holding her lower lips open and exposing her swollen, throbbing clit. She was so turned-on, so desperate for her pussy to be filled.

She should have felt embarrassment, but she didn’t. They had been right. The resort was a complete non-judgmental zone. Besides, all she could think about was how badly she needed to come.

“As you can see…” He reached between her legs and scooped up some of her cream. His fingers rimmed her pussy but did not push inside her. She whimpered. “Not only is she immobile, but as you can see, she’s highly aroused. Neville, please play with her clit and pussy while I answer some questions.”

“Is she allowed to come?”

Ve closed her eyes as she felt Neville’s finger slide inside her. One finger. It wasn’t enough. Since she couldn’t speak or even move, she tried to clamp down on his finger. He laughed and added another. It was almost enough. He added a third while also skimming his thumb over her clit.

She could hear Glenn’s voice droning on as he answered questions from the audience, but she didn’t care. She was so close as Neville finger-fucked her.

Just a little bit…if she could have screamed, she would have as Neville stopped touching her. She opened her eyes and could see the devil in his own as he carefully licked his cream-covered fingers clean.

“What?” he asked oh so innocently. “Do you want a taste? Well, too bad you are gagged. Maybe next time.” She watched him finish licking his fingers, hating his her torment but strangely, also wishing it wouldn’t end.

Neville knew what was going to happen next. If Ve knew, she would be a lot more anxious. He waited for Glenn’s signal and then went and retrieved the riding crop and handed it to his Master.

Glenn was looking particularly fine. They were both wearing leather, although Glenn wore pants and a vest and he, Neville, just had on a leather thong, but it was more than he was usually allowed to wear during a scene.

Ve was adorably naked except for the ropes. He was dying to drop to his knees and torment her swollen clit with his mouth and tongue, but he knew that Glenn had other plans. For now.

“Once you have your submissive in this state of arousal, almost in sub-space just because of the ropes and the tormenting my partner”—Neville bowed—“carried out. Now, if your submissive has even a trace of masochistic tendencies, you can move on to impact play.”

Neville watched Glenn move in front of Ve, tapping the crop on his hand. Her eyes opened wide when she saw it and realized what he planned to do with it.

Ve shrieked, probably more from the shock than the pain.

Glenn had brought it down on one pebbled nipple.

Now the other. Ve shrieked again, but this time it ended with a bit of a moan.

Thwack, thwack. This time it was most definitely a moan. 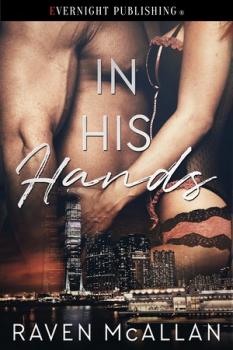